The members of The First Time Four are Gerald Dowd, Steve Frisbie and Liam Davis.  In addition to making their own music, they have played with the likes of Mavis Staples, Robbie Fulks, Kelly Hogan, Nora O'Connor and many other Chicago artists, and have several Grammy nominations under their belts.  The band's versatility, musicianship, and unique song arrangements paired with the stories are a huge part of the success of the First Time series. 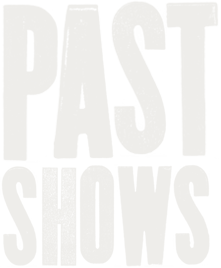